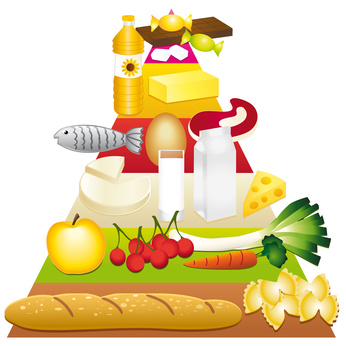 Obesity and diabetes mellitus are closely related metabolic diseases that have taken on epidemic proportions in the 21st century. Therefore, it is common for pathologies associated with obesity, such as cardiovascular diseases and cancer, to be the most common causes of death in developed countries. In this context, the most important factor in the prevention and treatment of these diseases is maintaining a healthy lifestyle based on a proper diet and suitable physical activity.

This is the reason that any hygiene or dietary measures that seek a healthy diet and a healthy lifestyle must always be present in any type of prevention and the first step to any treatment. Preventive efforts made in the primary care sector normally consist of “preventive” treatments based on drugs (lipid-lowering drugs, antihypertensive drugs, etc.), instead of first teaching people how to change their lifestyles. While these drugs are effective, the delays in primary prevention are quite pitiful because in addition to enormously increasing the pharmaceutical cost, the desired effectiveness is not reached because care usually comes too late. Moreover, while a “preventive” drug usually requires prior screening and is for a very narrow therapeutic target, hygiene and dietary measures can dispense with the screening and provide a wide range of advantages, resulting in an enormous global benefit for the people’s health.

The eating habits therefore play a crucial role in health maintenance, at both individual and population levels. In fact, diet and life habits in people’s youth and in middle age are key factors in maintaining good health until later stages in life. In this context, the analysis of the effects of the eating patterns is more important than the analysis of foods or nutrients, because it can be used to assess the synergistic effect of the different components in foods. Today, the Mediterranean diet is considered the healthiest eating model. In a systematic review of the effects of the 32 main dietary factors, it was concluded that the Mediterranean diet was the most effective dietary pattern against cardiovascular disease (Mente A et al. Arch Intern Med. 2009). In a recent meta-analysis of cohort studies assessing the effects of the Mediterranean diet, it was also found that the 2-point increase on a scale of adhesion to a conventional Mediterranean diet reduces overall mortality and the risk of suffering a cardiovascular disease by 10% (Martínez-González MA, et al. Curr Opin Lipid. 2014).

To demonstrate the effects of the dietary patterns, foods and nutrients in the prevention and treatment of the chronic diseases and cancer, as well as the mechanisms responsible for their effects on health, to make recommendations to patients and the population in general, and to investigate strategies that allow following said recommendations.

See spanish website for furher information about research groups participating in this program.